Just in time for Easter I've made Ina Garten's carrot cake recipe into cupcakes! I don't know about you but I sure do love me some cream cheese frosting. It's probably one of the best parts of any cake if it's done right and boy, does Ina Garten do it right! This cake is made with carrots of course, but also pineapple! The pineapple makes it moist and gives it a slight refreshing flavor, which you're going to love! Watch the Reluctant Housewife episode here and grab the recip
1 view0 comments
Jackie Brubaker

It's fall y'all and it's time to get your fall spices on! I borrowed this apple cider donut recipe from Sally's Baking Addiction. But, in true Reluctant Housewife fashion have doctored it up and made it my own. Always add more butter, guys. Always. Watch the Reluctant Housewife episode here and grab the recipe below! Your, Reluctant Housewife Apple Cider Donuts 1 and 1/2 cups (360ml) apple cider 2 cups (250g) all-purpose flour (spoon & leveled)* 1 teaspoon baking soda 3/4 tea
12 views0 comments
Jackie Brubaker

It's the holidays and that means it's time for cookies! These orange cranberry cookies remind me so much of a scone I used to eat during col
10 views0 comments
Jackie Brubaker

I love Italy. And, I also love Italian food, which this recipe may or may not be. It involves a lot of olive oil in a cake, which may or may not be something people ever use in place of butter or vegetable oil. But, it sounded exotic and super decadent and I knew I had to try it. That and after taunting people about it at my work for about a month that I would bring it in it was only cruel that I hadn't. This is definitely not your wham, bam, thank you ma'am easy kind of cake
16 views1 comment
Jackie Brubaker

In honor of February I'm bring you a month of baking recipes! Yay! Get your ovens ready! Do you all remember eating pop tarts as a kid? Or, even those super bad for you packaged hand pies coated in sugary glaze? I used to love those hand pies, especially the berry ones. But I'd always get sick to my stomach after eating one. Am I surprised? I mean, come on. There must have been so many chemicals in those things. But, I did love the idea and now that I'm a grown up I can make
3 views0 comments
Jackie Brubaker

It's fall and I couldn't be any more excited for it! Even the air smells different, like a waft of PSL with a twinge of burnt wood from fireplaces in homes nearby. My birthday is also in fall which makes it even more fun. November 5th baby! Another year... younger, I'd like to think of it. I was at work on set the other day and crafty had brought in a homemade banana bread. Of course, I hurried myself over and took the tiniest of slices, so as not to look like I wouldn't be h
143 views0 comments
Jackie Brubaker

Ah, Valentines Day is among us and I couldn't think of a better way to spend it then with a huge honkin' piece of traditional southern red velvet cake. Now, I had never made one of these masterpieces before. The cake that took the world by storm. Yes, that one? I had only attempted to make a gluten free version for a friends wedding, that alas, I couldn't make. I was traveling for work in Europe. *a tiny violin plays for no one here*. So, all of these years later, much after
29 views0 comments
Jackie Brubaker

Happy holidays kids! For those of you who just finished your semester and are thrilled to be out of finals like I am, Go Team and congratulations! I took a little break this year from filming Reluctant Housewife to go back to school and while I love school and studying I missed making my series! Going forward I'll be putting out two videos a month instead of four so I can manage my life, school and making delicious treats for your all! This recipe screamed to be made so let's
1 view0 comments
Jackie Brubaker

We all need something sweet sometimes. Maybe that a few times a week. Maybe that's a few times a day. To each their own. But, since we're still at the tail end of January and some of you might be trying to desperately to cling to a healthier eating new years resolution I give you these! HEALTHY CARROT CAKE COOKIES! *Audience erupts in applause. Ladies and my few gents who may be reading, this is your holy grail right now. This will get you through those horrible sugar craving
0 views0 comments
Jackie Brubaker

I have discovered the most delicious, fluffy and moist pumpkin muffins ever-- AND, they're HEALTHY! WHAT? How is this even possible you ask? It is and they're amazing. Thanks to the girls at www.toneitup.com for coming up with this incredible recipe for their 31 Day Challenge. #tiu I'm all over it! Watch the Reluctant Housewife episode here and grab the recipe below! Your, Reluctant Housewife Pumpkin Protein Muffins 1 1/2 cups rolled oats 1 cup pumpkin puree 1/4 cup applesauc
3 views0 comments 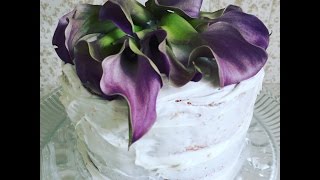